We are proud to present to you some of the highlights we have had in all our years of breeding and showing Pharaoh Hounds and Basenjis!

To our knowledge the first group placement for a Pharaoh Hound in Sweden came through Carmen at the International KC show in Vänersborg. She was placed third in the group under judge Mr. Hubert Arthur, GB. Both Carmen and Kephri followed up with several group placements of which one of the greater was Carmen’s Group 4 at Stockholm International Winter show the same year.

At the official KC obedience trial in Gävle Peder and Khephri was placed second out of 78 dogs of all breeds. This time they got 176 points in class I.

Kehpri was best obedience dog at the official trial at Skokloster with fantastic 192 points out of 200 possible! 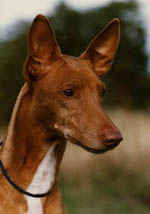 Khephri won a Group 3 at Skokloster! This was the first placement for a Pharaoh Hound at this prestigious Sighthound show.

Nine years old Malte went all the way to the top again as the top winning Pharaoh Hound in Sweden at the year end!

Malte becomes the first Pharaoh Hound to win a BIS-Veteran at a KC show at 11 years of age!

Int. Nordic Ch. SBIS Enigma Sophia, Sucki, was invited to the very glamorous “Veteran Of Veterans” as the first Pharaoh Hound ever! She became runner up to the Rottweiler Multi Ch. Rottrivers Gaston.

We were No. 10 in the Swedish kennel club competition “Breeder Of The year” for all breeds!

This year Sucki was invited to the prestigious “Champion of Champions” at the Grand Hotel in Stockholm! 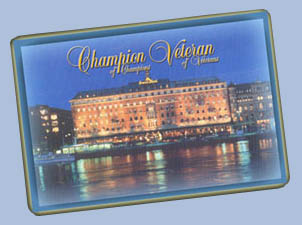 Once again Sucki was invited to Veteran Of Veterans!

US Ch. Enigma Sweet Heather-Bell, Bell, won the Eastern Specialty in the USA. She is the first import to win a specialty in America since AKC’s recognition of the breed. 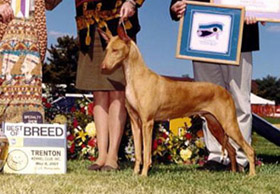 We were very honoured to receive the Stockholm Kennel Club award for “Breeder Of The Year”!

This year it was Napi’s turn to get the invitations! She not only managed to get invited to Veteran Of Veterans but also to Champion Of Champions! She was the only dog who had qualified to both events that year and the first Pharaoh Hound ever to do so!

We were No. 3 Breeder Of The Year, all breeds! 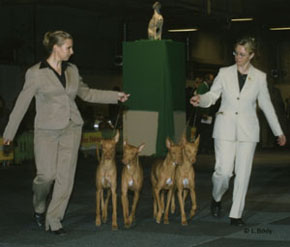 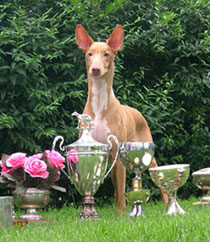 And Napi did it again… She managed to get invited to both Veteran Of Veterans and Champion Of champions and she did very well as runner up to a beautiful Cairn terrier in the veteran’s competition. 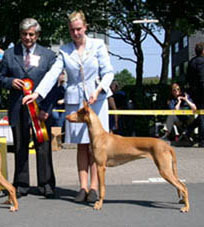 Glimma and Slaine (UK & Irish Ch. Enigma Score The Lot) attended Crufts as the only two ‘Enigma’ and they ended up as BOB and BOS!! What a fantastic day! And as if that wasn’t enough Glimma also won third place in the Houndgroup as the first Pharaoh Hound ever placed at Crufts! 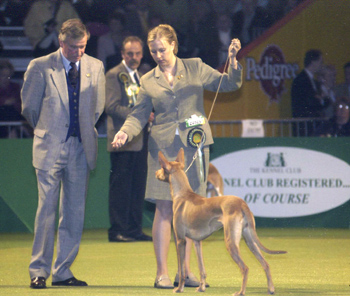 Napi was invited to Veteran of Veterans at Easter eve this year as well and Glimma was invited to Champion Of Champions! Both girls did great showing off their beauty on stage! 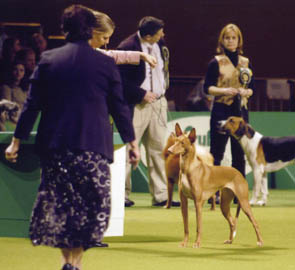 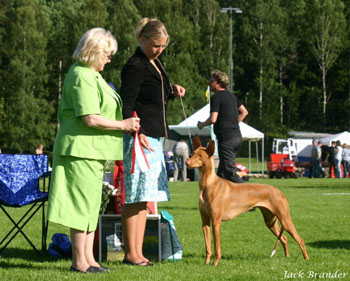 Innehavare av Svenska Kennelklubbens Bruksuppfödarepris!
In November 2005 we received, as the first Pharaoh Hound breeder ever, the Swedish Kennel Club Award for breeders who title their dogs in working dog events. We are very proud of this award and thankful to all puppy buyers!

Faraoland Bluetooth Enigma, Harley, won six BEST IN SHOW PUPPY in the summer of 2006. He is the first basenji to win this many and may even be the only puppy ever to win this many BIS in Sweden. His age at theese wins were between six and eight months. 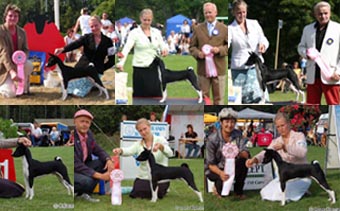 Harley won BIS-4 at the Swedish Winner Show in Gothenburgh in January. With this win he also won Marianne Fürst-Danielsson’s trophy for best placed Swedish bred dog at the show! Around 5700 dogs entered. 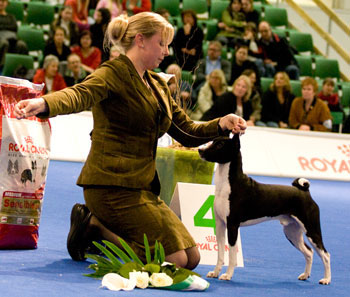 Innehavare av Svenska Vinthundklubbens uppfödarmedalj!
In July we recieved the Swedish Sighthound Club’s breeder medal. This is a prize for breeders that by the club have been chosen for meritorius breeding within ones breed.

For the third consecutive year Harley was TOP BASENJI in Sweden and for the second year in a row he won the Swedish Basenji Specialty!

This year was also a great year abroad for our dogs with Inez winning the WW-2009 title in Bratislava and both Vega and Harley winning CC’s at Crufts.

Harley was qualified for Champion Of Champions at Grand Hotel in Stockholm, and made it to the quarter finals.

Justin, our new rising star, won BIS-1 puppy at KC shows six times! This is a record he now holds together with Harley that won the same number of BIS-1 between the age of 6 and 9 months. Just out of puppy class Justin won BOB and Group-2 at Stockholm International Winter show from junior class…

Both Justin and Yra had qualified to Puppy Of The Year at the Grand Hotel in Stockholm. Yra was runner up among the bitches. Also Harley’s daughter “Lily” from Faraoland had qualified and attended.

Only a week after the best in show-win Justin also wins Best Specialty In Show at the Swedish Basenjispecialty 2011. It was a rather fantastic specialty for us, under the late highly respected judge Hans Lehtinen, with Harley coming in as second best male, Yra (Ch. Enigma After Me Please) as BOS and Kayla as second best bitch. On top of that Justin won Best Movement and Harley Best Head!

Our Multi Ch. Faraoland Bluetooth Enigma, Harley, could add another title to his name after visiting Paris. Going BOB at the World Dog Show over 80 basenjis and winning the title WW-11. Vega won BOB veteran and the title VWW-11.

This year Justin was Top Basenji and Kayla was top basenji bitch.

Justin finished his champion title at SSUK in Eskilsutna with BEST IN SHOW. This year he also finished the international title in Finland. Justin was top basenji male this year, some of his nice wins was a BIS-4 at Tvååker over 3000 dogs and BIS-2in Visby.

Harley came out of semi-retirement at seven and a half years of age for the World dog show in Budapest. He made is come back with a bang, BOB under breed specialist Christian Jounchicot, Out Of Africa kennels. This was Harley second BOB at a World dog show!

Justin was again BOB at the Swedish Winner show in Stockholm.